Is GTA 5 for next gen consoles going to be a PS4 exclusive?

Question To Ponder: Why is the Xbox One not mentioned in the leaked GTA 5 source code config file?

Obviously there is one big assumption I’m making. Dare I say that Rockstar will be releasing more versions of GTA V? Dare to argue that? I’ve spent some time pondering previous leaks and rumors regarding Grand Theft Auto 5 and what might be next. There has been more than enough smoke coming from GTA V PC rumors to suggest it’s coming. As they say, where there’s smoke, there’s fire. It’s really the next generation consoles that have the big question mark. Will Rockstar or won’t Rockstar release it for the new consoles?

You might recall a couple weeks ago there was some source code leaked from the GTA 5 config file. If you think that leaked code was fake, then I’m curious why the Take-Two legal team asked this site to remove the content. See the article in question here. Was that because the game was pre release or was there another reason for that stiff action? Regardless, either you believe that leaked information is fake or it is real. If you believe it’s fake, then read no further. Consider what the author at cinemablend.com says about the source code file:

Could someone have wasted their time to type out nearly 2,000 lines of code and paste it online and say it’s from the Xbox 360 version? Yes, very much so. However, I’m here to tell you from personal experience, it’s easier to have copied the contents of the file from the leaked torrent and uploaded it online than to re-type it. – William Usher, CinemaBlend.com

From the code, people were able to surmise that a PC, Xbox 360, PS3, and PS4 version of Grand Theft Auto 5 were referenced. So looking at that source code, people have noted that it references Orbis which is the code name for the PS4’s operating system when working with the dev kit.

Here is the ultimate question. Why is there is no reference to Xbox One? I think the people who dug up the code and looked at it are pretty smart people who know what they are looking at. If they don’t find a Xbox One reference, then I put some weight in that. At the time, nobody questioned it. Nobody even thought curious about it. Was it buried and people weren’t able to identify it within that source code? Or, is it as I’m suggesting that GTA V for the next generation consoles could be a PlayStation 4 exclusive? Perhaps you think that’s far fetched or simply absurd.

Consider the existing relationship between Rockstar and Sony. Consider though that Rockstar and Sony have exclusives for the marketing of Grand Theft Auto 5. All the advertising banners mentioned and showed PS3, not Xbox 360. Sure that’s part of the deal between both Rockstar and Sony, but it still shows a preference. It’s called a licensing agreement or something of the like. The PlayStation 3 has the bundles for GTA V, Xbox 360 doesn’t. PS3 has the GTA V headset, the Xbox 360 does not. There is definitely a relationship there already and there has been on other GTA releases also.

The question of course is whether Rockstar would limit the next  generation release to only one console. Financially it doesn’t seem logical. Money generally plays the biggest role in these decisions. Given that Grand Theft Auto has never been an “exclusive”, why would they suddenly do that now?

One other thought regarding GTA V as a PS4 exclusive is this. It is revenue certainty for Rockstar. Considering the release date of the game and then the release date of the next generation consoles, there is some unknowns. As in, Rockstar and nobody else can really say who is going to buy for the old generation consoles and participate in an upgrade program. There could be something to this idea of taking the sure money vs. running the risk of depending on gamers buying both versions of the game. If Rockstar has to offer the next generation GTA 5 for a $10 upgrade, an exclusive deal might start looking more palatable. It’s because of the timing that an exclusive might make financial sense for Rockstar to do.

Consider also Sony’s aggressive campaign to win the next generation console wars. To have exclusive next generation rights to a title like Grand Theft Auto 5 would be a real feather in the cap for Sony don’t you think? A single video can in fact sway people to buy one console over another. Think GoldenEye 007 for the Nintendo 64 for starters. People bought the console just to play that game.

What are your thoughts? Am I putting too much emphasis on the leaked source code which oddly has no mention of Xbox One? Do you feel that the lack of mention of Xbox One in this code leak is irrelevant to whether it’s a possible PS4 exclusive? But answer me this. If the Xbox One isn’t listed in the code, why is it not there? Ultimately it comes down to whether you think that the lack of Xbox One mention is a result of an error from the people viewing the code or is it something along the line of what I’m suggesting, a PS4 exclusive. 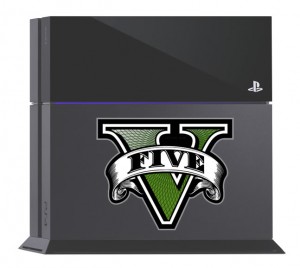 16 Responses to Is GTA 5 for next gen consoles going to be a PS4 exclusive?

Leave a Reply to Admin Click here to cancel reply.