Here is the latest leak of an apparent PC version of GTA V. We’ve seen some retailers in the past put up a holder page for a PC version and we’ve also seen a EBGames store photo with GTA 5 PC boxes on store shelves for pre order. 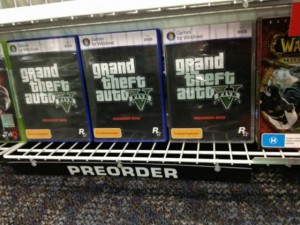 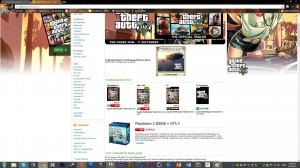 Next up, we have the UK online video game store GameSeek. They have a nice juicy GTA 5 PC page with a listed (estimated) release date of November 22, 2013. Far fetched? On its own perhaps, but GameSeek aren’t the only ones listed a date for release.

Next up, there is now Zavvi which is a German online video game retailer. They too have a Grand Theft Auto 5 PC listing and their release date is estimated as being December 6, 2013. That said, they say this about the suggested PC version release date:

“The release date we have for GTA: Grand Theft Auto V (5) is a placeholder date, and will be updated when Rockstar confirm the Release date to us.”

So Zavvi is saying it’s coming, but the date could be wrong. My personal view on this is that December is a poor month for a video game release. With Christmas shopping, I would strongly suggest November is far more realistic. Of course that’s speculation on my part, but at least both leaks here are indicating a 2013 release for the PC version. 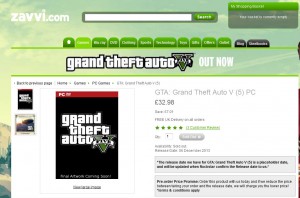 So I think at this point we’re getting past the point of “if”, and to the point of “when”. This is very exciting! You should also consider the recent leaks of the PC references in the iFruit iOS app recently to go along with these online stores mentioned pre orders and release dates. I expect something official very soon!

← Every Hidden Secret on GTA V Blueprint Map – 39 Image Photo Gallery
Are you losing vehicle upgrades? Vehicles disappearing from your garage in GTA 5? →

Leave a Reply to David Click here to cancel reply.